Fandango vs Facts: Would Trump pull through? 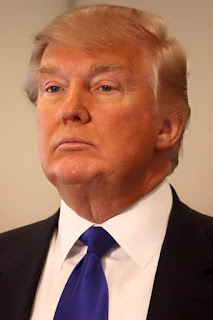 What's my take on this year's American presidential election? Honestly am a bit stunned by some of the utterances of Donald Trump. I hold him in high esteem, every thing about him beats my heart with happy curiosity. Donald Trump is no doubt a great man but I think that he has to get rid of the demons on his tongue before he can sit on the majestic throne of "Mr President".


Would he make a good president? The name Donald Trump has always been synonymous with success. Although, politics is a different ball game, his prosaic stance on some sensitive issues could crop up to be his worse undoing. Would changing into a latitudinarian give him the sacred mantle to become the President of the United states of America? I candidly don't think so.  Well, I still believe that Donald Trump has the needed raw potentials to be a strong leader.


The world awaits the new captain of the ship called America. It could be either Donald Trump or Hillary Clinton. God bless America.