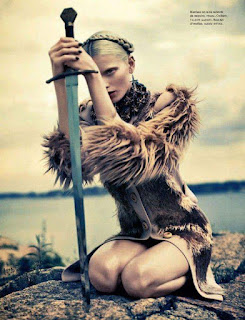 Tell the world to learn the ways of ants, it takes wisdom to overhaul the laugh of the tempest. A bow in the hands of a warrior is a bargain with the spirit of woes. A soldier with a talking gun is simply a walking and working terminator. Peace has no tent with the pieces of hatred. What am I sailing across the ocean tides of your mind? Just simply telling you that the world has turned into a garage of madness. Without the sword, the seed would only be a mere weightless threat on the circumference of the air. Chaos and crisis feed on discords and gripping disagreements.

For every war that has been fought in the history of man, the sword fancied the ugly-bloody visage of the seed. It is better to be safe than sorry, the more we sink our grievances, the better for us. When a man begins to feel that he is an interloper, the demon in him begins to beat a dangerous drum, it could get out of hands and become a giant monster, destroying that statue of peace which has seen the serene smiles of many generations.

What then is the sword? It's simply all the physical weapons of death and mass destruction. The atomic bomb still ranks highest on the scale of the devil's gift to man. Somebody somewhere has even started building an even deadlier weapon called hydrogen bomb. AK 47 had no rival when it comes to guns, but now we can boost of more sophisticated guns, all thanks to the foolishness of man. Drones now gladly glide throw the air, happily sniffing off the lives of precised targets. Modernized Jet fighters and other war planes still ply their nefarious trade. The seas has a plethora of war ships beating and biting through the oceans, ready for the sounds of war.

The world is sitting on a keg of woes, only time would tell if things are going to get worse or better. Tomorrow is heavily pregnant. Let's pray it gives birth to something good.